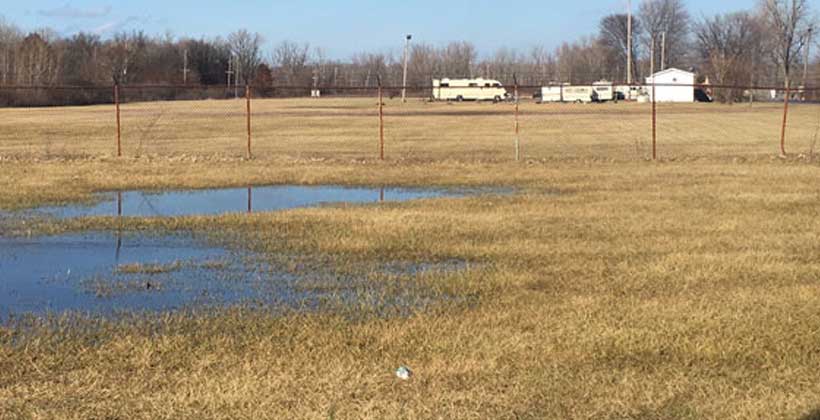 One thing we know about our local BMX track is there are ALWAYS things we’d like to change. “That turn isn’t ‘bowled-out’ enough”…”Why is the gate so slow/fast/slippery?”…”Can’t they post motos faster?”…”Can’t they have better food at concessions?”

The “they” behind it all isn’t some amorphous government agency…it’s a dedicated group of volunteers who work their tails off to put on a race week after week, season after season, year after year—and, for some, decade after decade.

So when a local-track family goes to another track, and posts on social media about how the new (to them) track is SO much better (for whatever reason), it may feel-so-right, at the time, to fold that in with the trip notes of how their rider did. But make no mistake that the volunteers from your local track see that. And it “cuts like a knife.”

Your family’s experience is the most-important aspect of BMX racing…there is no denying that, and that is what almost-every track volunteer group in the USA strives to deliver. You SHOULD share it with all who want to listen/read your race report.

That said: Is it really necessary to slam your local track in the same report?

Social Media has given us all a platform on which to speak as freely as we want (with certain limitations). In our posts, we often tend to say things, thinking the people or groups we’re speaking against won’t see it…and we say things we would never say to the people involved face to face. Because “it’s just not polite.”

Correct! It isn’t. In person, or online.

This is the dark side of Social Media, and we all know that. It lets us get in that cheap-shot we would never say with the other person listening, in real life.

In the BMX context, it allows us to complain about our local track, our sport, other riders, other teams, or whatever, at almost no cost.

Unfortunately, in the local track example, there IS a cost. The volunteers who work tirelessly to MAKE the program happen see those comments, and they wonder if there is any appreciation at all for their efforts…and that is wholly unfair.

Still-worse is when the TO and volunteers of that track see all the likes and “way-to-goes” (on the race results) in the comments from people who, they thought, were solidly-on-board with THEIR program. How can the track crew look the comment poster, or, indeed, those liking such a post, in the face again, without feeling some-level of betrayal, disrespect, or at the very least, disappointment?

BMX Racing isn’t perfect. BMX Tracks, and those who run them, are not perfect.

But, it’s all possible because of ordinary people making extraordinary sacrifices—often for months, years or decades— so that our kids have a place to ride, and our families have a place to be-together in a way that no other sport delivers. I know that *EVERY* BMX family can at-least get-behind that notion.

Instead, sit down with your TO and tell them about what you saw, and what WE can do to make our track that-much better.

And by “WE,” I mean how YOU could help facilitate the changes you see by getting involved. It doesn’t have to be a lifetime commitment, like it is for some…pick one project, and make it happen. Done, and dusted.

Photo: A real-life, former BMX Track that didn’t have the core group of volunteers to keep it going. Too bad all the people who complained about it didn’t get involved…now they have to drive three hours to race.