One Night Only: See RAD 35th Anniversary Edition On The Big Screen 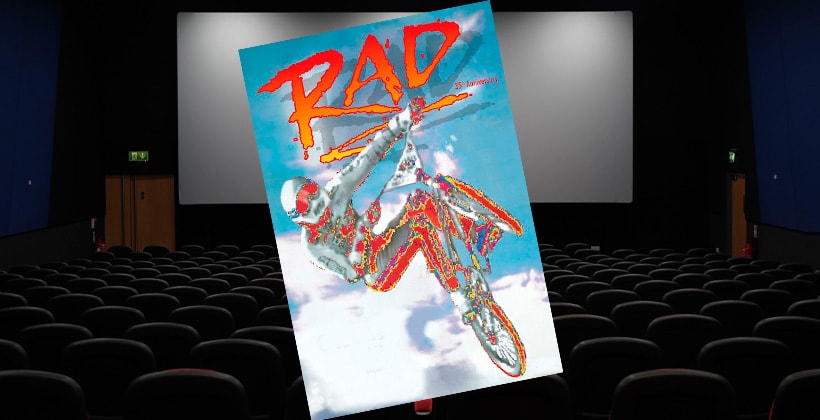 On June 25th of last year, News scored a podcast interview with Talia Shire and Robert Schwartzman on the 35th Anniversary restoration and re-release of the 1986 BMX film “RAD.”

Then, in July, we sat down with RAD screenwriter, Sam Bernard for the real-deal backstory on how the script came to be, and developed into a generational cult classic.

We have added the links to both interviews below, if you’d like to get some super-tasty behind the scenes backstory…the kind that we don’t get (or hear) everyday.

Now that theaters across the country have re-opened, Mr. Schwartzman has made-good his promise to bring the film, in all its restored glory back to the big screen–for one night only.

On the evening of Thursday, October 14, BMXers, and soon-to-be-BMX fans will settle in with some popcorn and a tanker of Mountain Dew, and see the story of how Cru Jones laid the smackdown on the factory stars.

We’ll be there…and we hope you will be as well.

Check the link below for a theater locator and ticket-purchase links for the showing nearest you.

This Article is presented by Time2Shine BMX