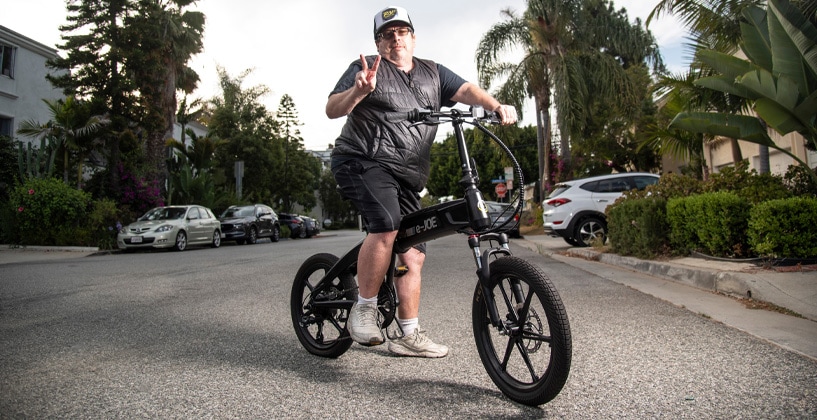 Photo By, and Courtesy of, Tony Donaldson

The BMX community has been MAD about “RAD” since the day the first frame flickered across the big screen in 1986.

For the next 34 years, we would have only the VHS and laser disc as home video solutions–well, not counting the out-of-focus, hand-held bootlegs that found their way up on to YouTube, after its 2005 launch.

As we reported on June 25, in our Podcast with Talia Shire and Robert Schwartzman, there is now a totally-restored 4K version out now. It was in limited release on Altavod.com for the past few weeks, and goes wide TODAY, on all popular streaming platforms.

Today’s guest on Announcers Tower is “RAD” screenwriter, Sam Bernard. Sam who, with his co-writer Geoffrey Edwards, took a blank page, and created something that would influence kids for decades.

So much of the spotlight goes to the on-screen stars–and rightly-so. But, in this interview, we were amazed by Sam’s stories of how the production came to be.

Like most great things that come to be, it’s a story of chance-events, brilliant salesmanship, and “true-beliverism,” in their finest form.

Here is that story (viewer advisory: a few bits of strong language)

WOW…what a ride! It’s rare that we get to peek inside an honest-to-goodness Hollywood production, and learn from the people who were there, how what we see on the screen all came together.

A BIG BMX News thanks to Sam for giving us that peek!

RAD is streaming now, on the following platforms: