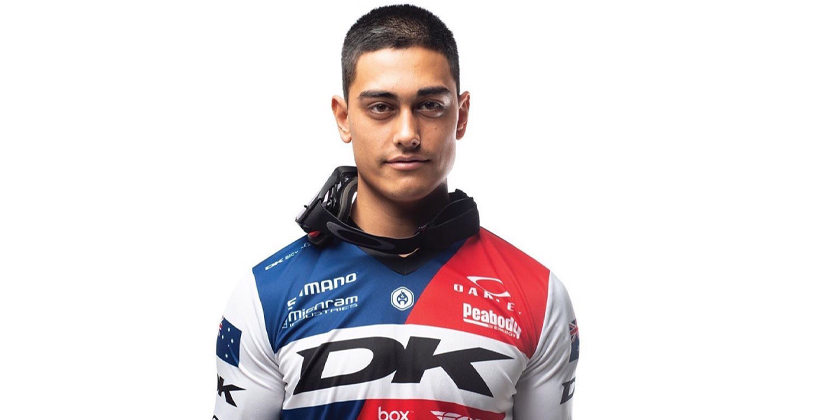 BMX News reported last Saturday that Team Australia star, Kai Sakakibara was critically injured in the first round of racing at the UCI BMX World Cup event in Bathurst, Australia. Kai was flown to Canberra, about 150 miles away, where he arrived in critical, but stable condition, and was place in the Intensive Care Unit.

Following the accident, BMX Australia released a statement, sharing many of the details above, and saying that no further statement would be made “until further notice.”

Four days (Australia time) later, there is an updated statement, including new details about Kai’s condition, and his prognosis:

Statement from the Sakakibara family, via BMX Australia:
Firstly we would like to thank everyone for the kind messages, prayers and thoughts regarding Kai. It’s amazing to know he has touched so many people.

This is a very difficult time for all of us, but we felt it is important to share what we know at this moment. We need you all to be with us and with Kai throughout the next weeks and months.

As many of you are aware, Kai was involved in a serious racing accident on Saturday at the UCI BMX World Cup event in Bathurst. Medics and a doctor were on site and were able to manage the situation and provide support to assist with his breathing. They sedated Kai and he was airlifted by helicopter to Canberra Hospital where he was placed in the ICU (Intensive Care Unit).

Kai has suffered a severe head injury which will need time to settle before we have a more accurate understanding of his prognosis. An operation on Sunday morning relieved some pressure on his brain and he has been placed in a medically induced coma to help his body relax.

Kai’s condition is described as critical but stable, he is in good hands and under 24-hour monitoring. We are expecting he will remain in a medical coma for the next two weeks or so.

We (Martin, Yuki and Saya) are in Canberra with Kai right now and the best thing for us is to keep busy and continue doing everyday things so please feel free to contact us as you normally would.

We understand the road ahead will be a long and difficult one, we are staying positive and taking things day by day. There isn’t much we can do at this point but Kai needs your support and your positive energy sent his way. Please keep thinking of Kai #KaiFight77 and stay with us on his journey for the months ahead.

For now, we are waiting to see how things progress and our focus is on his long-term rehabilitation. Kai’s BMX career will be put on hold for now.

Kai’s story has received international media attention, and hundreds of thousands, if not millions of well-wishers are praying for him and a complete and speedy recovery. BMX News will keep you updated as new information is available.