The “Bro Deal” Culture in BMX 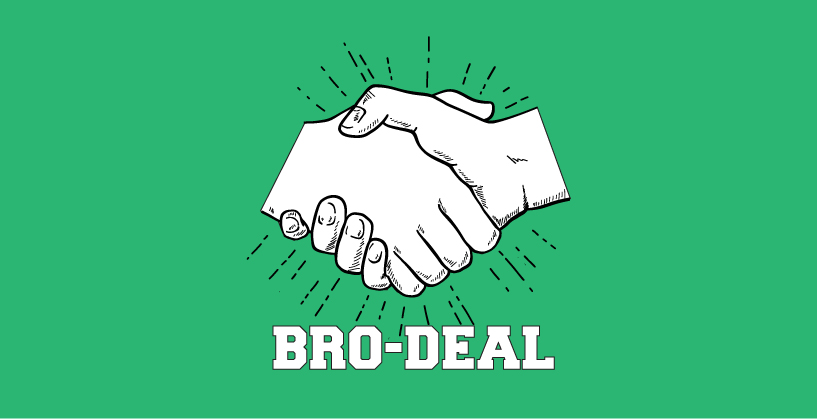 Last week, in the magazine “Bicycle Retailer and Industry News,” an opinion article was posted by writer Rick Vosper, speaking on the topic of so-called “bro deals” in cycling.

The link to the original article is at the bottom, but before you read that, give our take on the subject a peek, as it more-directly concerns the practice within the world of BMX Racing.

Also: I was a guest on this week’s “Rail The Berm” podcast to discuss the topic.

The “bro deal” discussion starts at the 20:00 minute mark.

Below are the notes I used for my side of the discussion– some points of which I did not get to cover, due to time concerns in the show.

Let’s face it…as long as there has BEEN a retail bike industry, people have been asking their friends and acquaintances who work in the industry “can you get me a deal on XY or Z”.

Some of the people quoted in this article respond as if the BRO DEAL is killing the IBD, and that is simply not true. The WORLD is killing the Independent Bicycle Dealer, for too many reasons to name here. The bro deal may be one card in the full house of cards, but it’s way up top, as opposed to being one of the important foundational cards.

But that’s not because of the Bro Deal…it’s because of all the other things stacked against the independent bike dealer–starting with the snooty attitude so many of them take toward non-enthusiast consumers.

If you’re not in there with a grip of cash in both hands, they’re not interested. And even if you HAVE the grip of cash…you better be wanting to spend it on the thing THEY’RE interested in selling you. Come in asking for something BMX related, and you’re pretty much out of luck.

The reality is that we live in a discount code society now, because discounts are readily available for most things we buy. And the so-called bro-deal is folded into that.

In the mid-part of the article, he seems to get into some concepts that feel kind of left-leaning (which…this is the bike business…so that’s to be expected). The bro deal is toxic, and it’s mostly men asking for the deals, and we all know that masculinity is toxic, so it all fits. Horse hockey!

The BMX Side of this
Let’s leave this article that deals with the general Bike Dealer behind now, and talk about the situation as applies to the BMX Racing community.

In BMX–for the purposes of this discussion, “BMX” means BMX Racing– the reason for the Bro deal is somewhat different. Oh sure, it is partly about getting a discounted price, and also feeling a little special for having an insider connection.

A strictly BRO deal is a fairly small footprint thing in our sport, because most-everyone has a team hookup.

But it goes deeper in our world.

For both the BMX brand and the BMX consumer, a big part of it is the very-weak sales channel. IBDs don’t want to touch the stuff, nor do they want to deal with the BMX consumer. There are only a handful of shops in the country that STOCK BMX product. And when I say STOCK, I mean someone can walk in there and touch Answer, and Box and other carbon forks, plus chromoly forks to weigh them and touch them for themselves.

That kind of commitment takes big money for inventory, so it’s not a surprise we don’t have a lot of those shops around–except for the vendors like Chad, J&R and a couple others, who bring the shop to the market, in addition to the traditional way.

So, the Bro deal and team deals in our world is more of a thinly-veiled direct sales pipeline. It’s about “exposure” too, at some level, but if brands aren’t thinking of it as part of the sales pipeline, they should be, because it is.

Some deals obviously don’t like this fact, and protest team deal

Can we ask the question: What would an ideal BMX Retail/Consumer situation look like?

Would it look like the golden age 1980s? This was where we had a network of Schwinn shops in every town, educating the consumer, being genuinely interested in the family who walks in asking about a BMX bike or component, and with central leadership pushing product through the pipeline.

That is never coming back. Ever. OK, so we have the current condition–all BMX product flowing through a few dealers who know what they’re talking about, and the rest turning up their nose at BMX customers. And a few in the middle, of course–who will expend the energy to order something if it’s enough money and full retail is not even in the question.

Brands struggle with the above sales channel, because it’s slow, inefficient, and unreliable.
Out of frustration, they threaten to go consumer direct. I always ask myself when I head one of my friends say this “What’s stopping you?” (I haven’t asked that question directly yet, I think I may be afraid of their answer).

Someday soon, though, a brand will fully embrace a model more resembling the “affiliate” structure. That is a model that’s everywhere in sales. Supplements, cosmetics (Avon has been doing it for decades), information products, and much more.

Imagine a world where a brand starts an affiliate program, and signs up a few dozen, or even a few hundred direct to consumer affiliates on a trial basis. These could be BMX team owners, older riders, PTA moms wit sales skills–anyone who wants to sign up.

They pay for a sample kit, and have a special affiliate microsite that their customers go to. The affiliate has the latitude to set up discount codes up to a certain amount–but my feeling is that there won’t be much of that when the discount is coming out of their pocket directly. The brand is selling to the affiliate at a little above Dealer cost, and now have an army of sales people out there, just like we see for the supplement companies and all the others making big money on affiliate commissions. 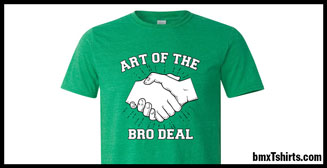