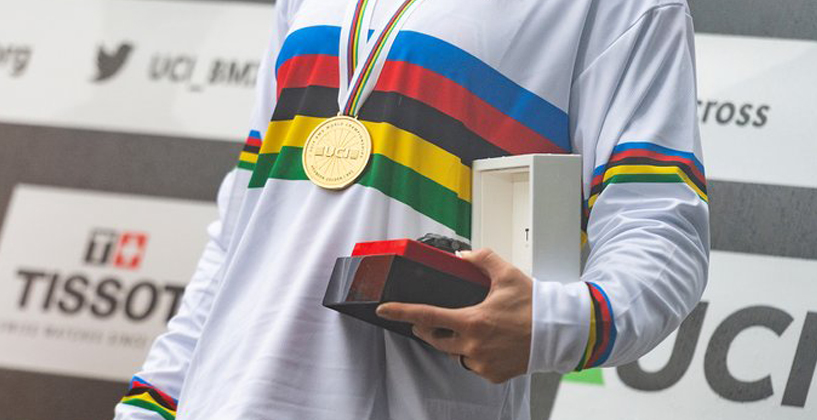 Just when you thought everything that could be postponed had been, there were still two outstanding announcements: the 2020 UCI BMX World Championships, scheduled for Houston at the end of May, and the 2020 Summer Olympics in Tokyo, scheduled for July.

We are still waiting on the official word on the Olympics, but today, UCI announced that the 2020 UCI BMX Worlds would be postponed to a later date, which is not-yet-known.

The full text of the release is as follows:

In the current context of the coronavirus (Covid-19) pandemic, which also affects the United States, the Union Cycliste Internationale (UCI) regrets to announce the necessity to postpone the 2020 UCI BMX World Championships which were initially to take place at the North Houston Bike Park in the United States from 26 to 31 May.

The UCI fully supports the decision taken by the organisers of the Harris County – Houston Sports Authority, the authorities of the city of Houston, in the state of Texas, and of Harris County. In view of the current health situation, holding the UCI BMX World Championships, preceded by the amateur Challenge class, would have potentially posed a risk to the health of the riders, all those involved in the event and the fans.

Regarding the qualification process for the Tokyo 2020 Olympic Games, the UCI BMX World Championships in Houston were initially to be the last event on the UCI International BMX Calendar offering qualification points, since the qualifying period was due to end on 1st June. In the context of the coronavirus and in the interests of safety and sporting fairness, the UCI recalls – as announced on March 15 – that it asked the International Olympic Committee (IOC) to stop the qualification period retroactively as of 3 March, given that until this date, no nation had been prevented from going to events because of the pandemic.

This position may of course be reviewed depending on the decisions taken by the IOC regarding the Tokyo 2020 Olympic Games.

Concerning the postponement of the 2020 UCI BMX World Championships, the UCI will work with the organisers to fix a new date. In accordance with the decisions announced on March 20 concerning disciplines other than road, in connection with the coronavirus, the UCI stresses that the UCI World Championships have priority within the framework of the revision of the UCI International Calendar with a view to the resumption of the 2020 season.

The UCI shares the disappointment of the BMX community after the decision to postpone the 2020 UCI BMX World Championships and wishes to thank the Organising Committee of the Harris County – Houston Sports Authority for its cooperation in this difficult situation, as well as the athletes, teams, partners and all parties involved in the event for their understanding.

BMX News will have more on the story as it develops.