After seven years of dreaming, legal wrangling, public hearings and planning, the long-proposed USA BMX “Epicenter” facility broke ground last Friday in Tulsa. The USA BMX “red” trailer served as a backdrop for the event, which was attended by 100+ local dignitaries, movers and shakers and members of Tulsa media.

#NewsTeam member, Jonathan “Hoagie” Hoag was on-site at the event, and offered his take on the proceedings.

The project goes back to a meeting in 2012 with the city and USA BMX apparently at an In-N-Out Burger somewhere.

“What I saw was a long hard road of back and forth negotiations to make this dream a reality. Tulsa wanted it, a couple of other cities tried to poach it,” said Ray Hoyt, senior vice president of Regional Tourism for the Tulsa Regional Chamber of Commerce.

Eventually Tulsa got it done. There were a lot of people on the city council who helped and the support of the Vision tax package helped to get it done as well. Also many people in the city planning offices as well as a grant from the EPA to prepare the Fintube site for cleanup and use.

Shane Fernandez said that, as a kid, he used BMX to take him down a better path and away from his negative environment – he spoke on behalf of Nabholz Construction, the lead contractor.

We hope that brand new Mayes County BMX, newly renovated Sand Springs BMX and this facility can work together to make Tulsa a place where BMX Racing or training is nearly a daily possibility. All facilities are within a one-hour drive of one another.

Nothing was discussed/mentioned about the impact to Chula Vista and the current Olympic Training facility and HOF. The biggest concern with the new facility plan is the open air arena and the cold temps during Nov-Feb each year.

The city planners felt like this was a step in the right direction for bringing economic development to the Greenwood district and North Tulsa which needs more positive economic impact.

During remarks, City Councilwoman Vanessa Hall-Harper said her district was not totally on board with this plan but she thought it would bring development and she hoped that the workforce would be a reflection of the Greenwood District’s residents and of Tulsa. News reports quoted the Councilwoman as saying “she was initially torn about building the facilities in Greenwood. Not anymore.” 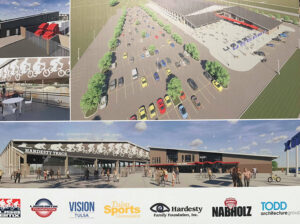 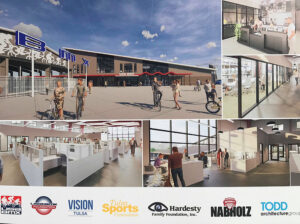 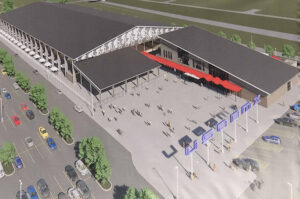 It is expected that the facility will open in 2021.

The city and USA BMX recently signed a 30-year lease agreement with two ten-year renewal options. That agreement also requires that the project cost no more than $23 Million.

BMX News reported on April 6, 2016, that Tulsa voters passed the $884-million “Vision Tulsa 2025” initiative. $15 Million of the budget will come from those funds, another $6.5 Million from the City of Tulsa, and the final $1.5 Million has been secured through a naming rights deal with the Hardesty Family Foundation– which operates on a mission to “benefit specific needs of the people of Tulsa, OK and the surrounding areas.”

The Hardesty Family Foundation was established in December 2005, by Roger Hardesty and his wife Donna. Roger is the founder and CEO of United States Aviation Co. and The Hardesty Companies, which operate a variety of businesses throughout Oklahoma.

The scope of the project has changed dramatically over the years, from a full-indoor facility, like the one in Manchester, UK, to what appears in the renderings to be a covered outdoor facility like the ones closer to home in Desoto, TX and Albuquerque, NM. This will likely mean that the Sooner Nationals would be moved to a warmer spot on the calendar, as Tulsa in January is likely too cold to host an outdoor event.

As previously reported, the site will also include USA BMX Corporate Offices, and the National BMX Hall Of Fame Museum.

BA Anderson was quoted in the Tulsa World as saying “There is not a kid in the sport of BMX that does not dream of coming here to Tulsa to race his bike.”

Stick with BMX News for ongoing reports on the progress being made at the site, clear-through to the ribbon cutting in 2021.